For a strong digital footprint worthy of Boréale

“After rethinking our brand identity and packaging, and creating the must-visit Relais Boréale, our digital experience needed to be equally one-of-a-kind.”

Pioneers in the Quebec craft beer scene, Boréale wanted to completely redo its website in order to strengthen attachment to its new brand image and allow customers to purchase online.

To stand out from among 200+ microbreweries in Quebec, Les Brasseurs du Nord had to leave the beaten track in terms of creativity to give a broader consumer segment a chance to discover and rediscover the Boréale universe. 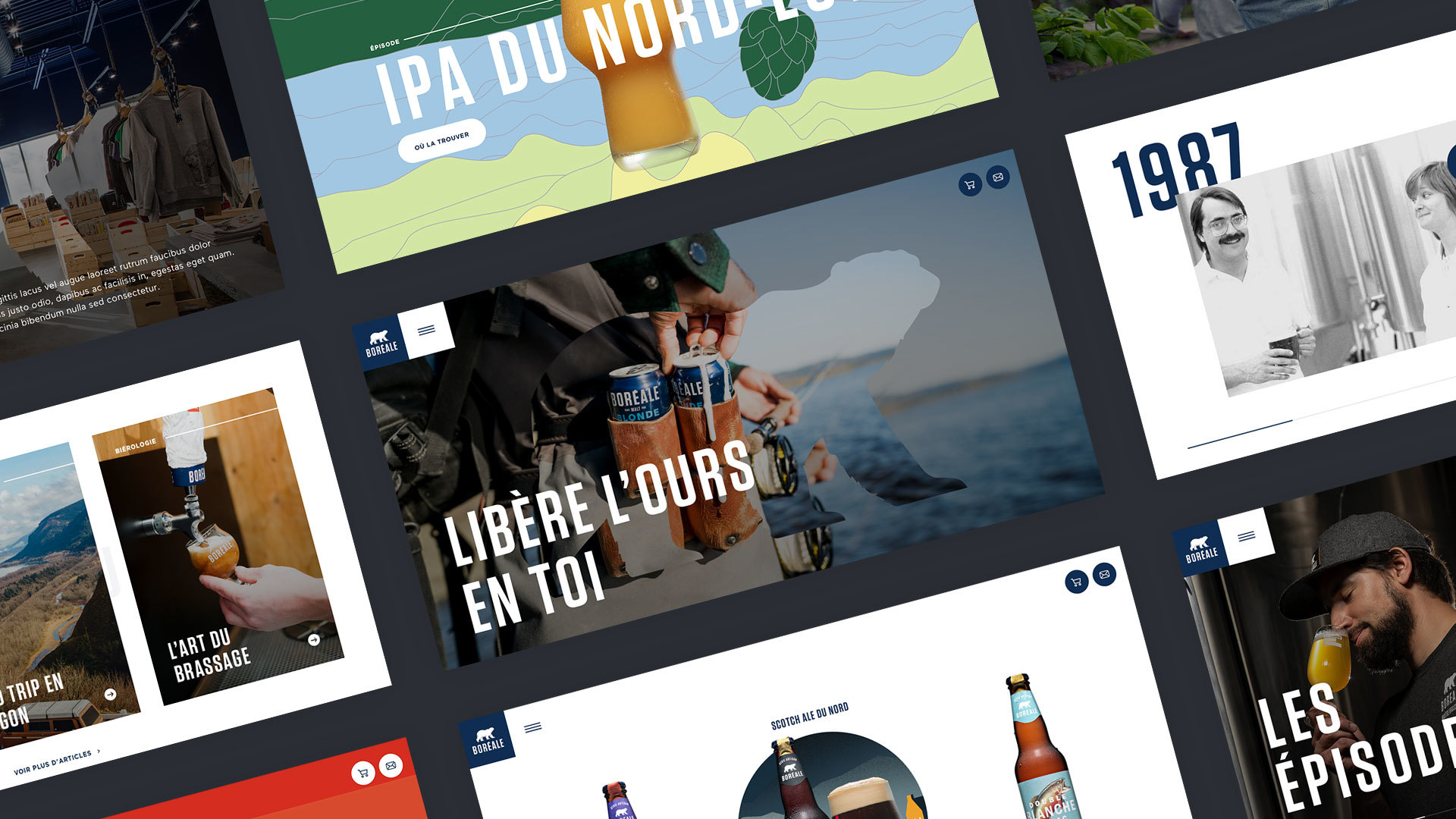 The Boréale polar bear had already made its tracks and established its territory, so the creative and technological challenge was to maintain this powerful visual footprint for stronger digital recognition and coherence.

This led us to propose a digital ecosystem based on an intuitive and natural navigation, defined by a clean artistic direction with animation and striking transitions developed by our team.

In this digital ecosystem, the product pages confidently show off their colours. Each product in the Classic, Artisan, Épisode and Polar Edition lines enjoys its own unique visual universe that expresses its personality and boreal spirit.

As the customer scrolls down the product’s page, they enter deeper into a visually appealing world. 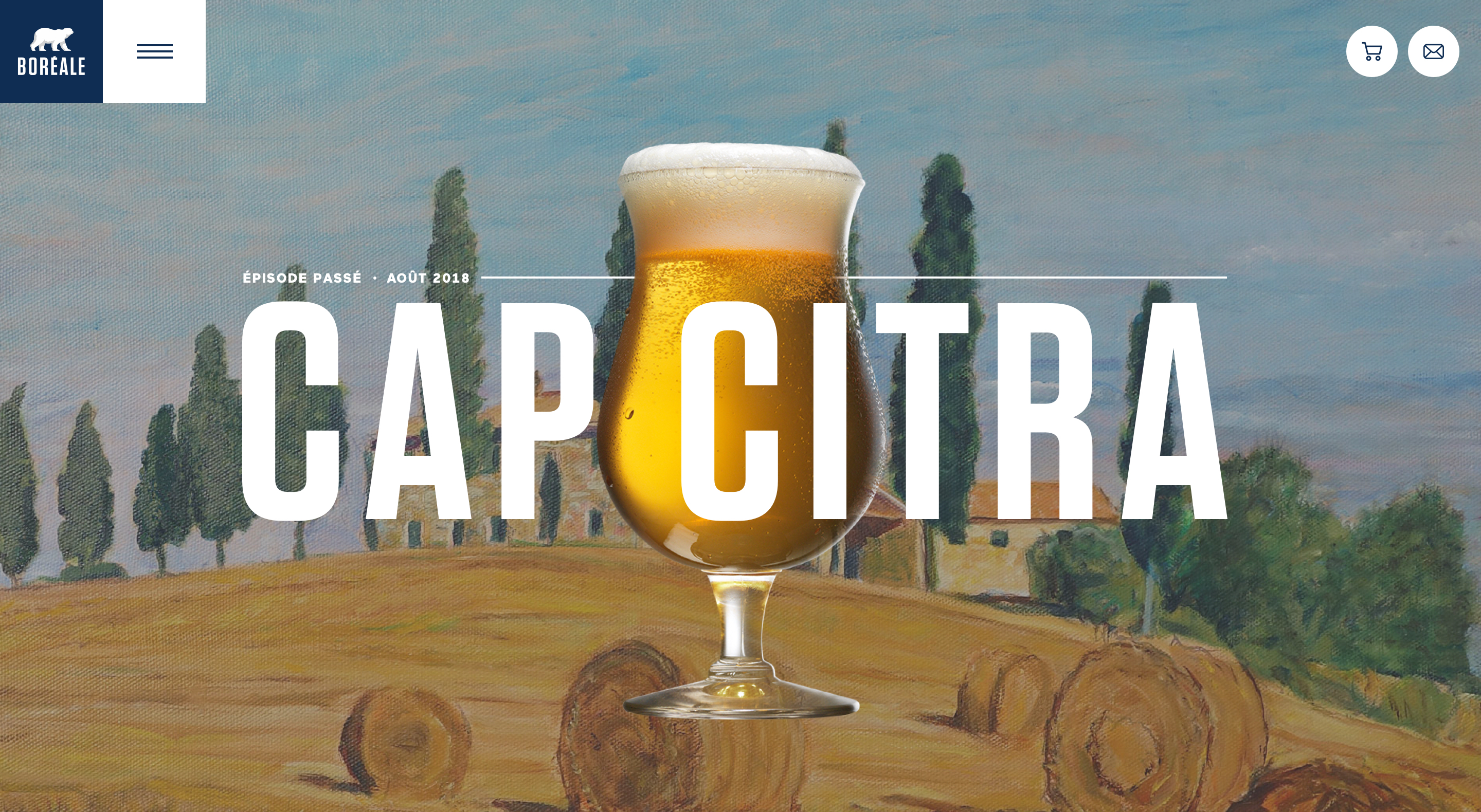 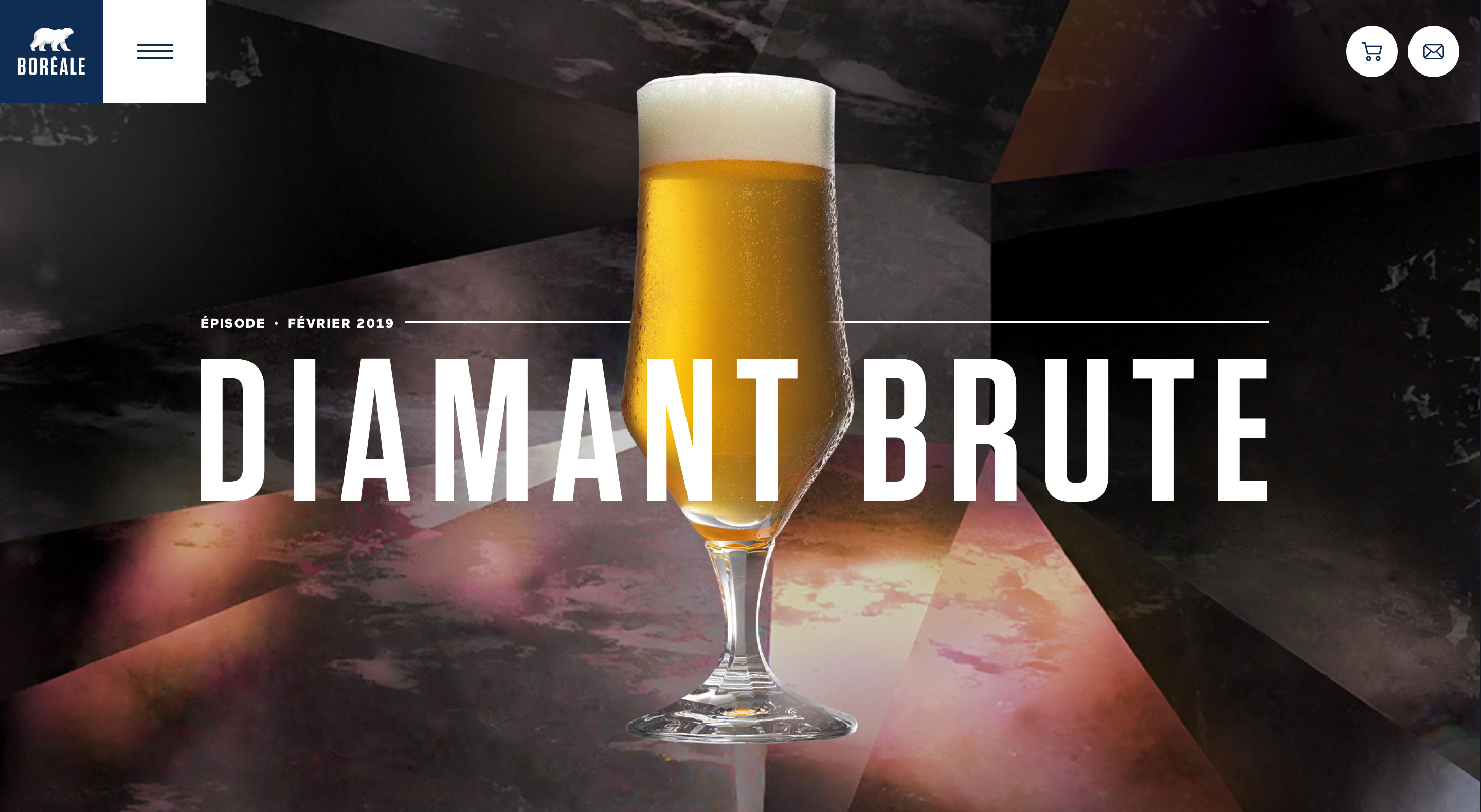 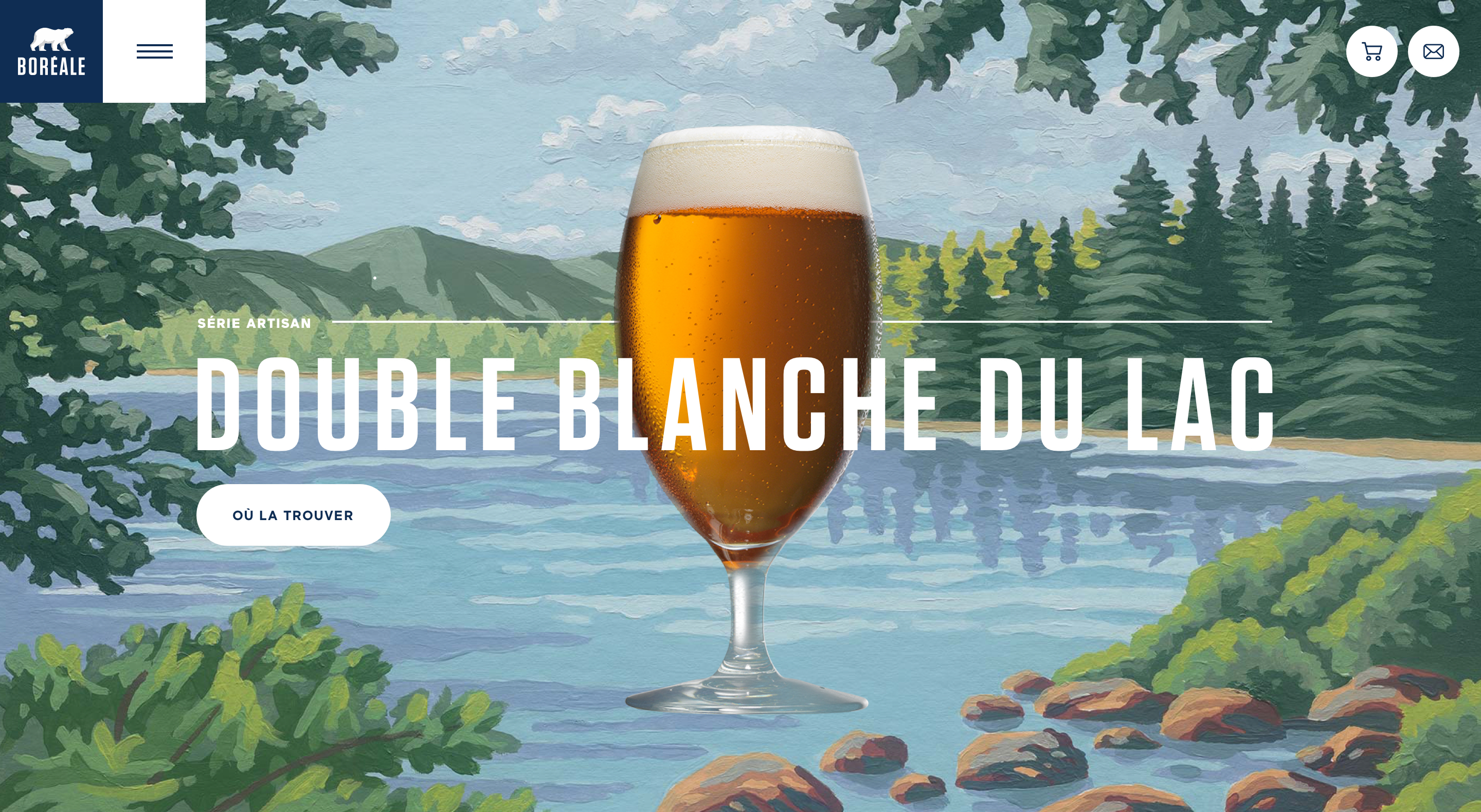 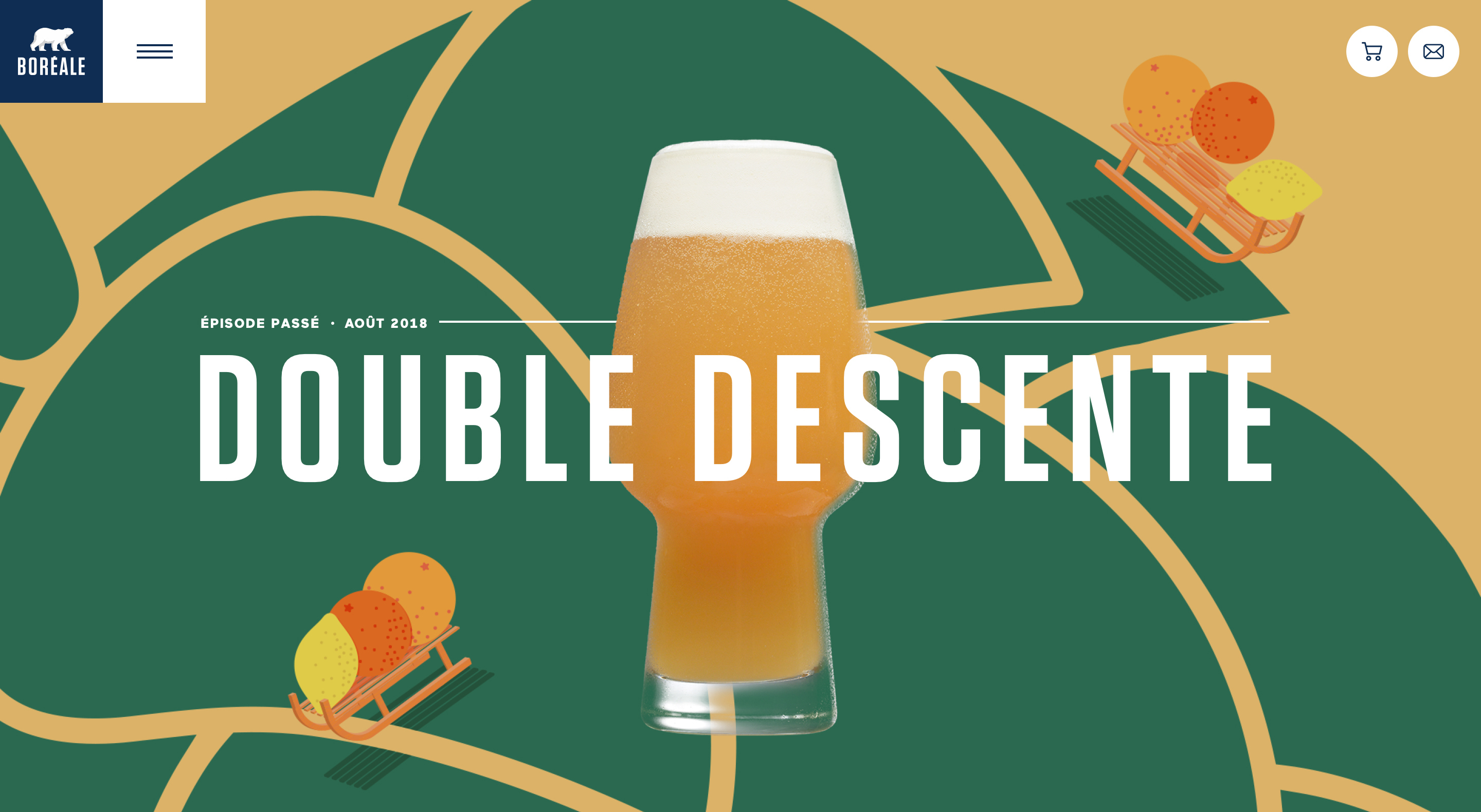 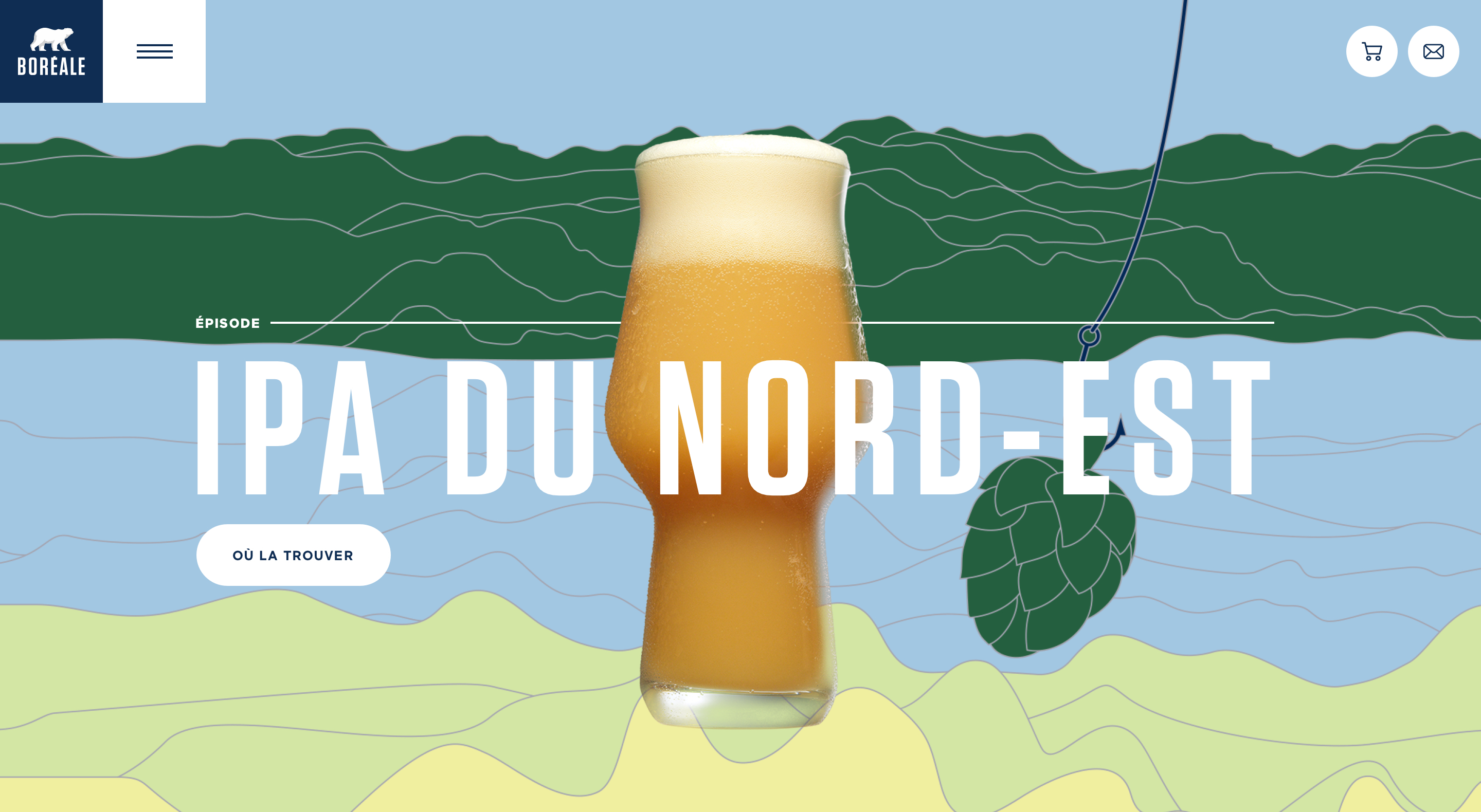 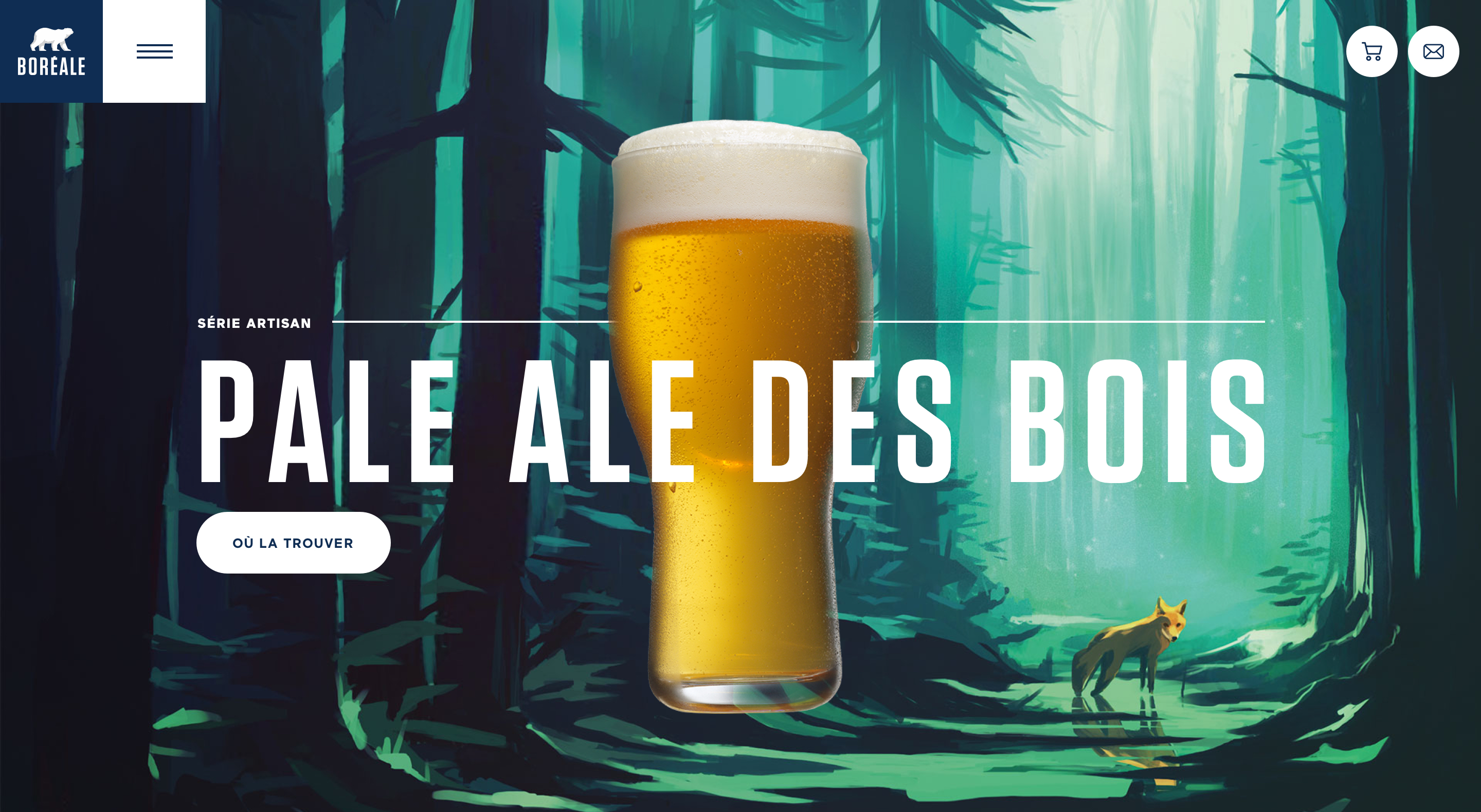 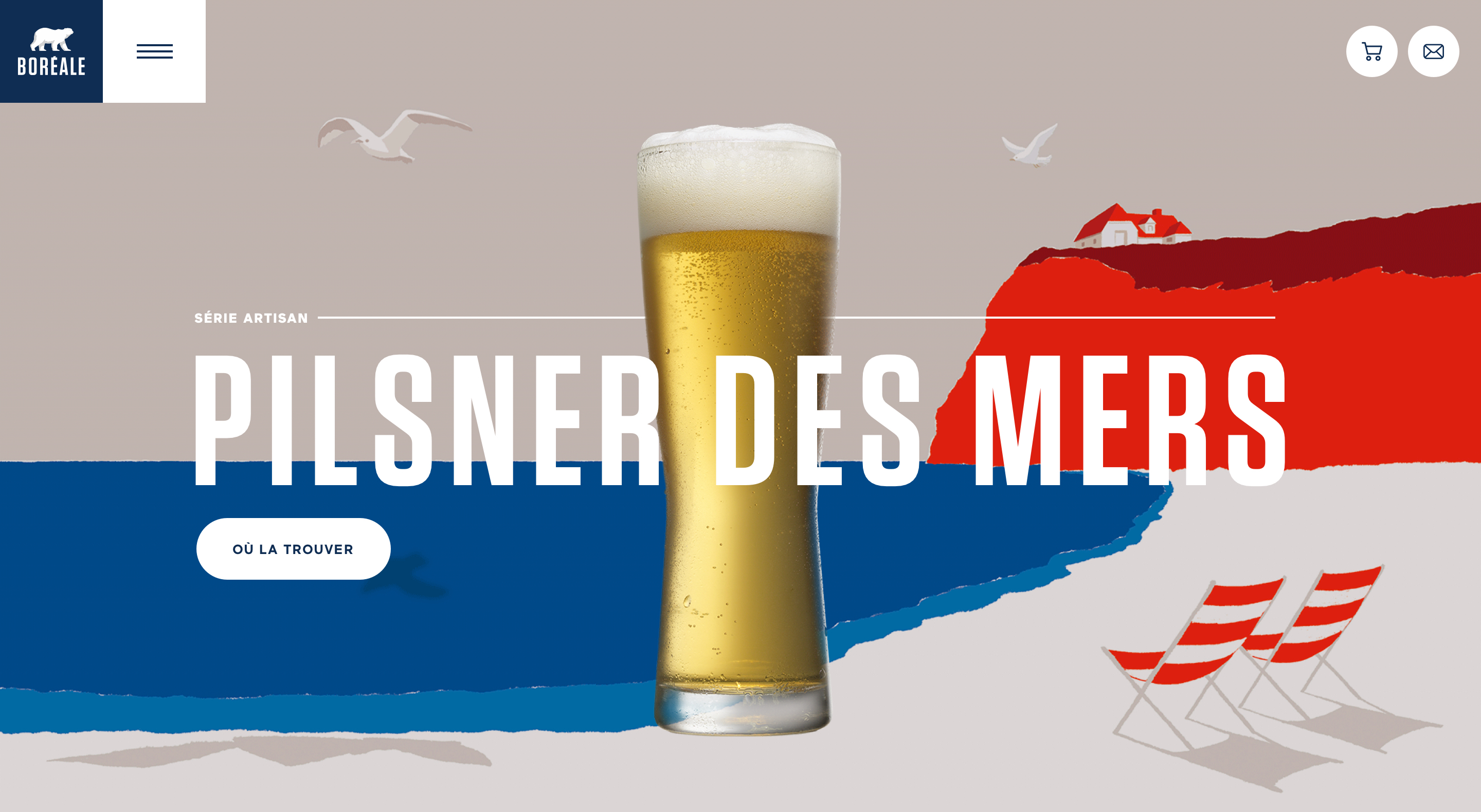 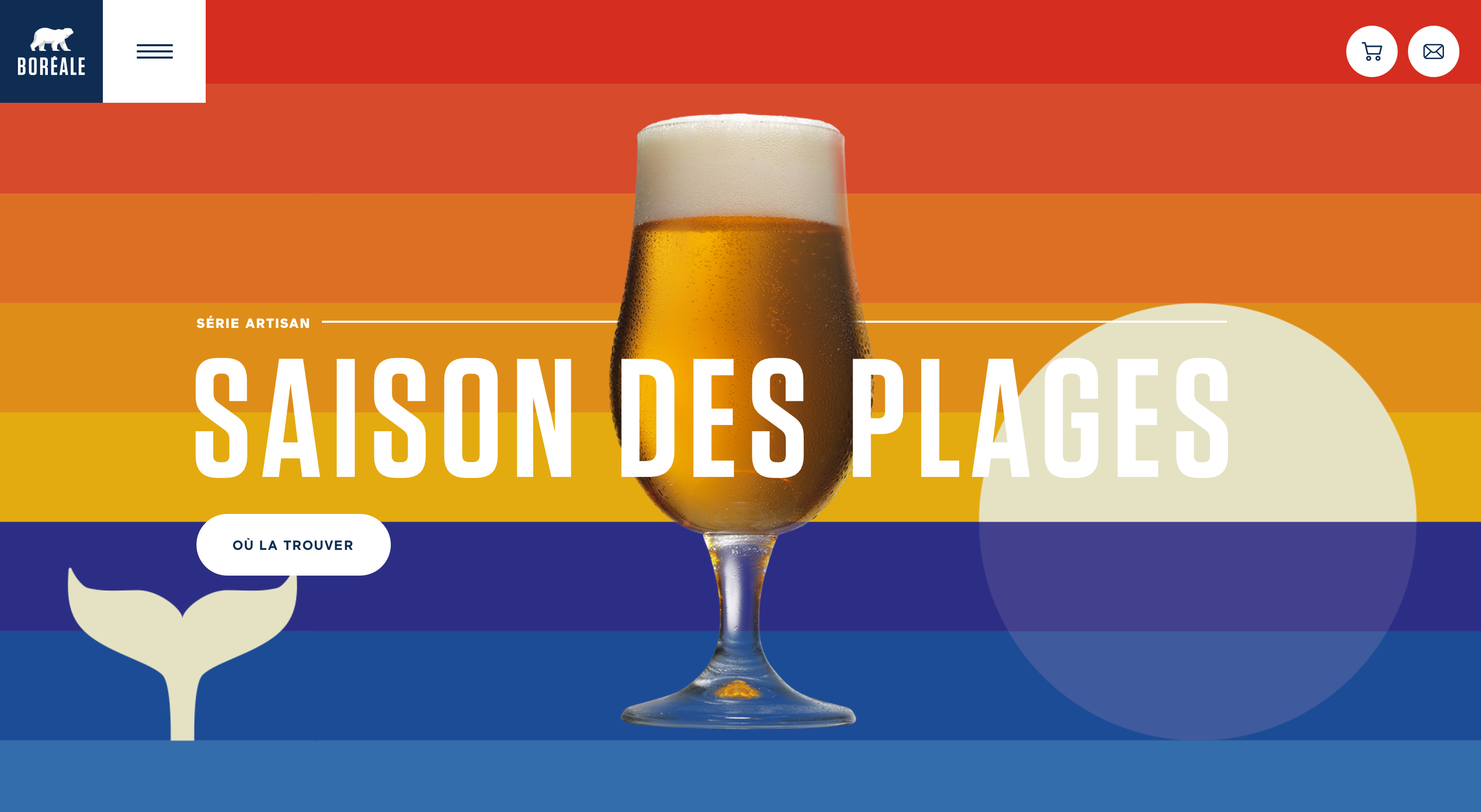 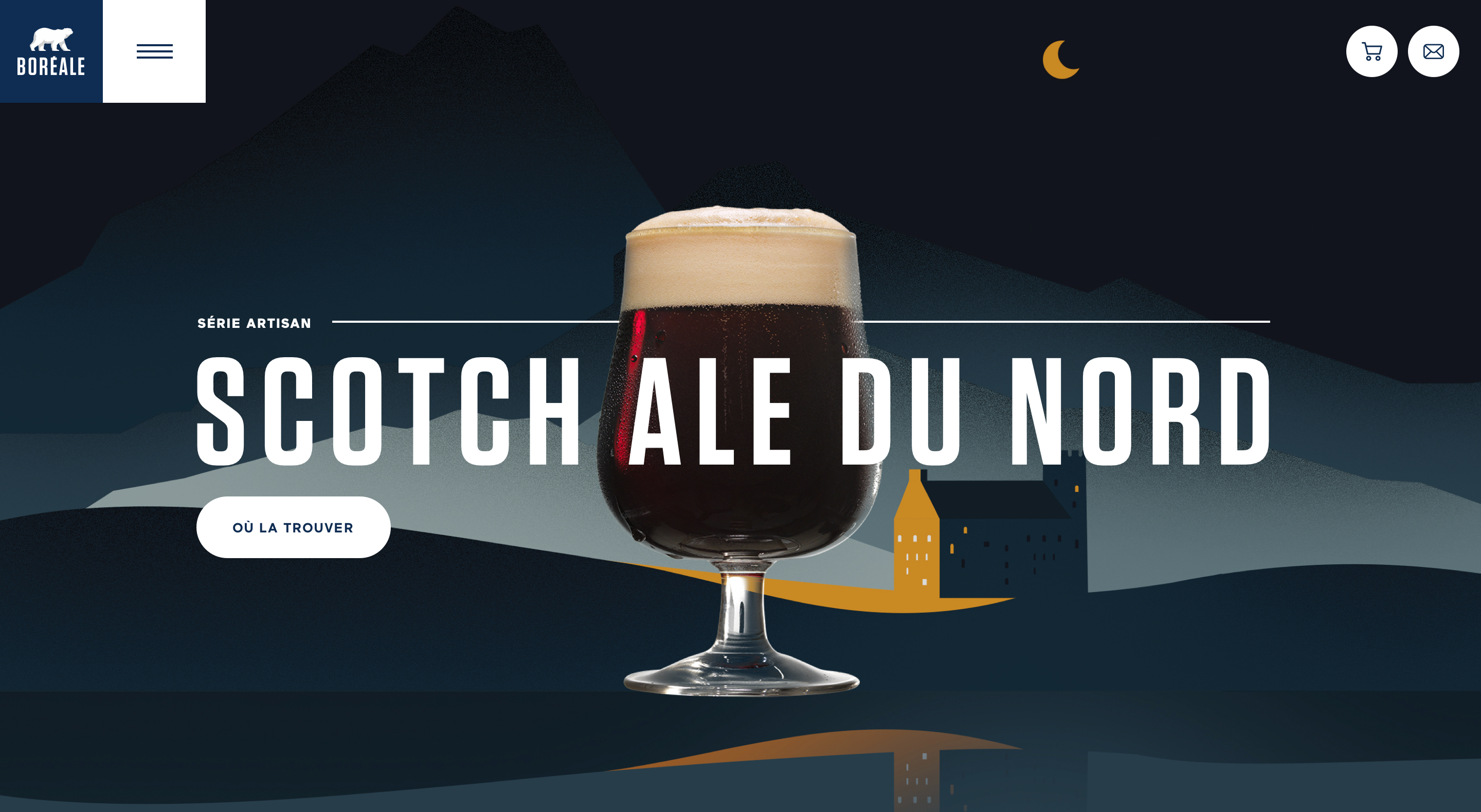 To strengthen the feeling of belonging to a community passionate about the craft beer world, Boréale created inspiring and fun content to quench their thirst for discovery. This content goes well beyond products by showcasing the brand’s values. Boréale is about more than just beer; it’s a brand that prizes freedom, the call of the wild, passion and a relaxed lifestyle.

Whether a road trip by the master brewer and CEO to the heart of Oregon to meet with one of the company’s hops supplier or a series of articles on emerging artists, or even a feature on people who are keen fly fishers, the content is always designed to reflect what drives Boréale: making great beer and celebrating life naturally. 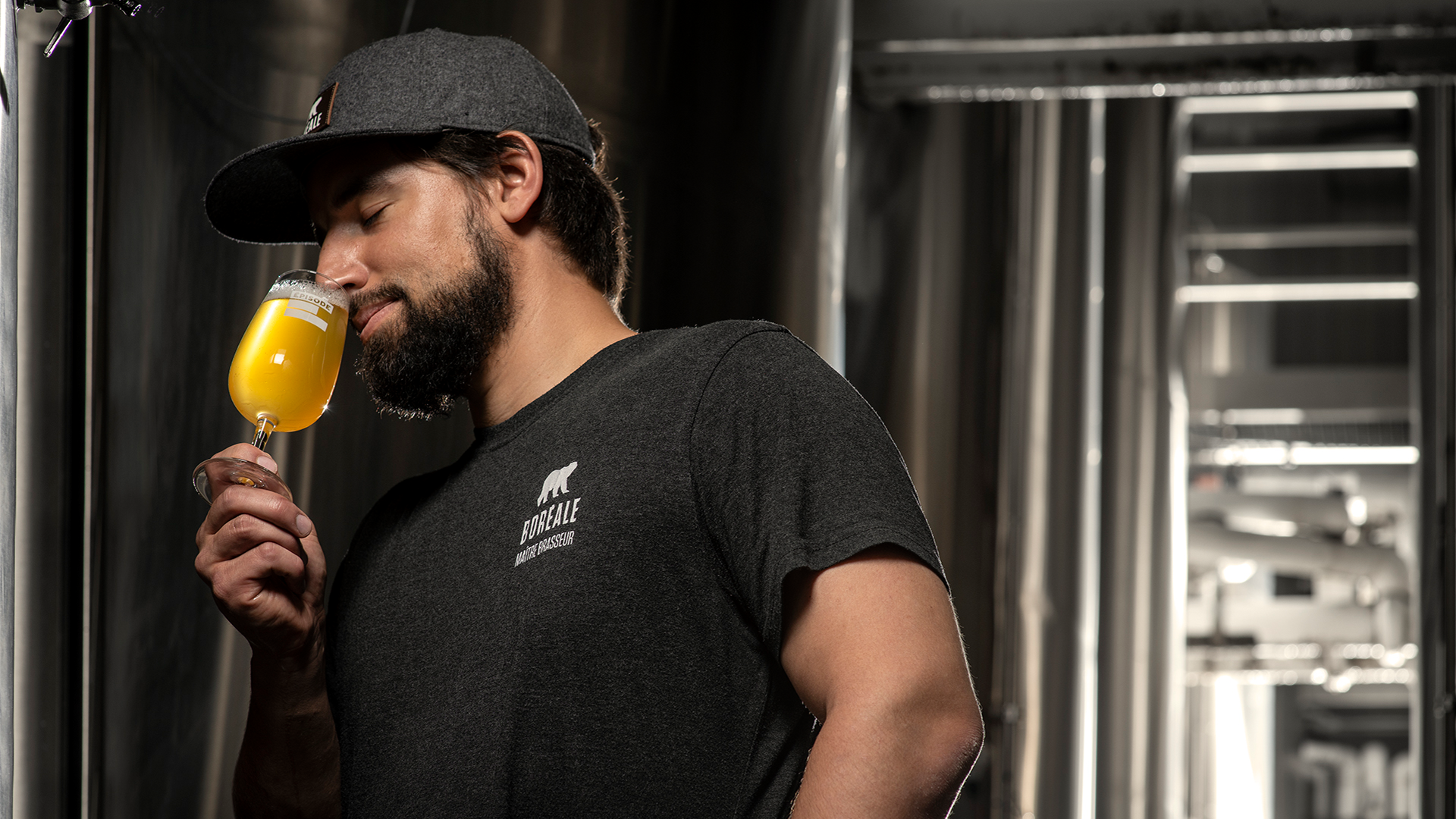 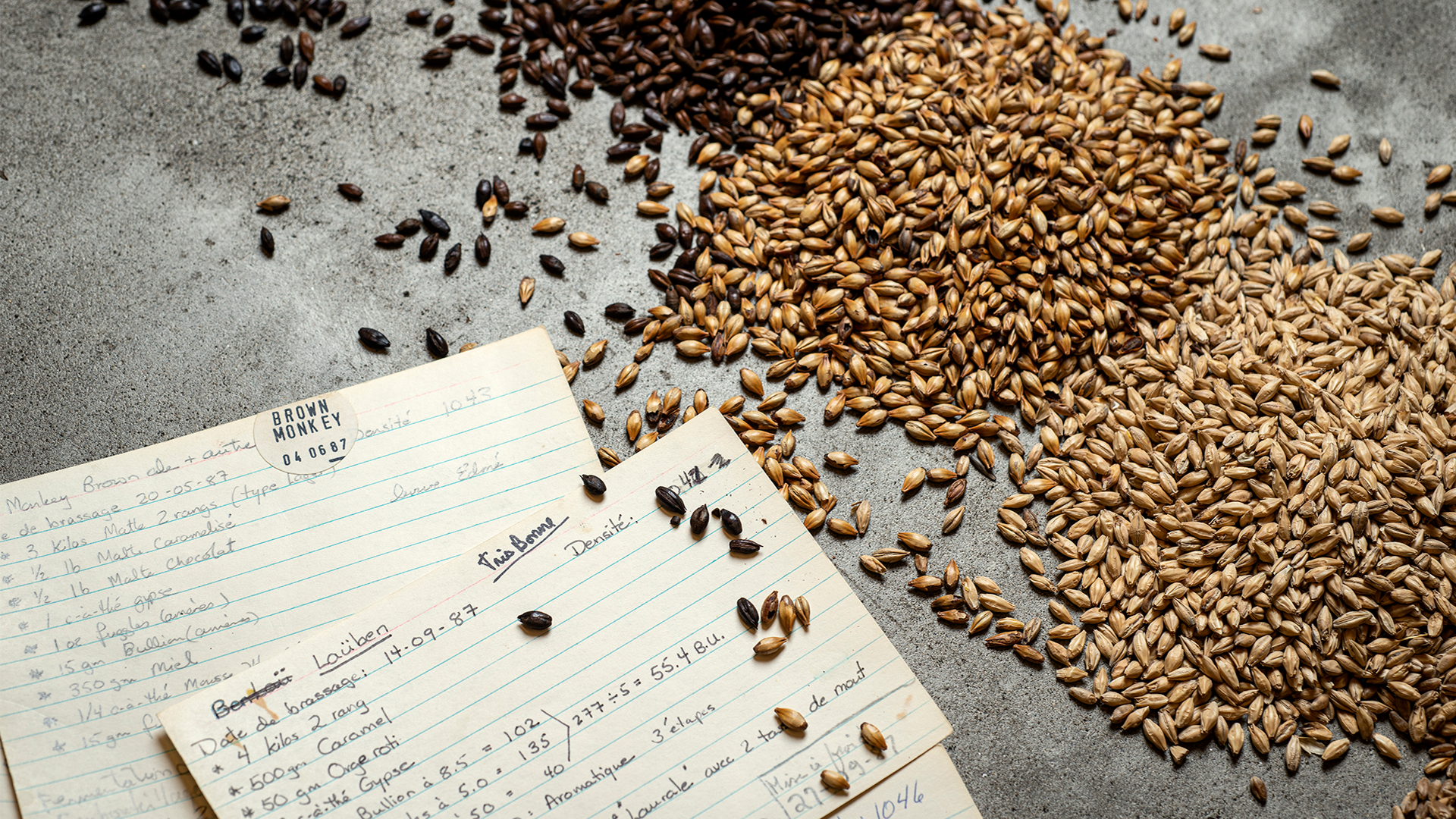 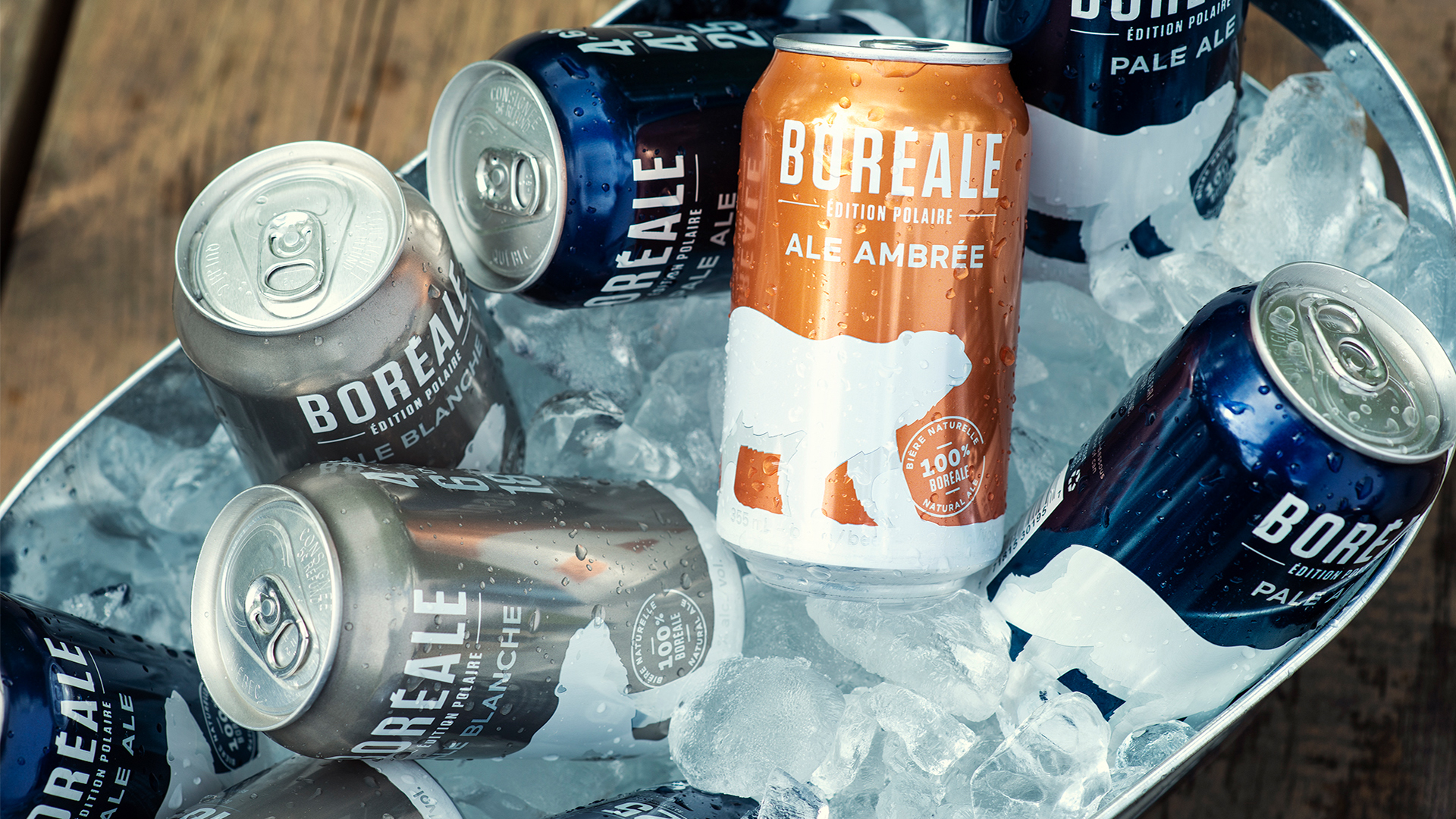 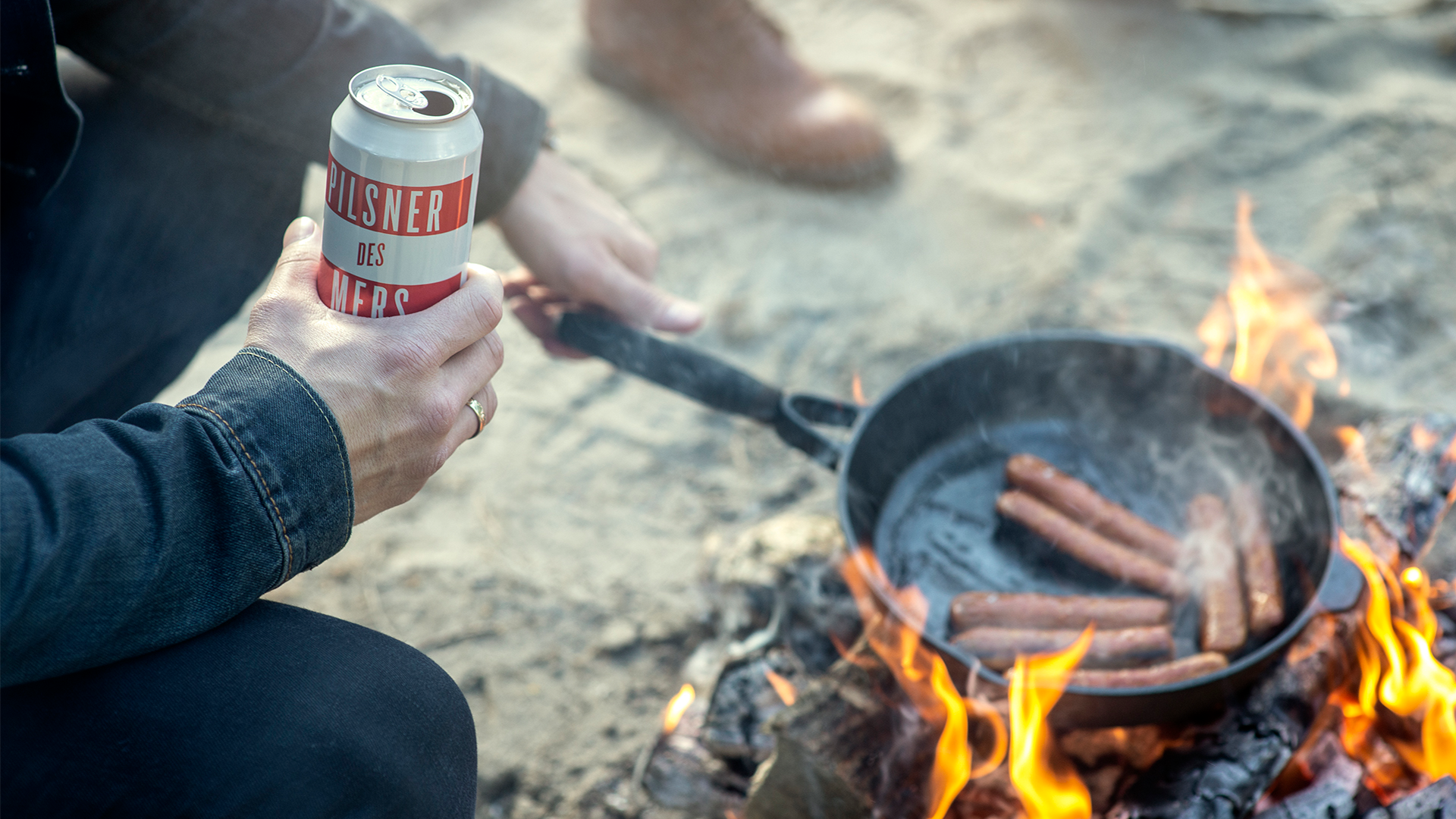 To complete the physical brand experience of the Relais Boréale, which allows beer lovers to dive into the Boréale universe in an adjacent space next to the Blainville factory, the same experience had to be recreated digitally. 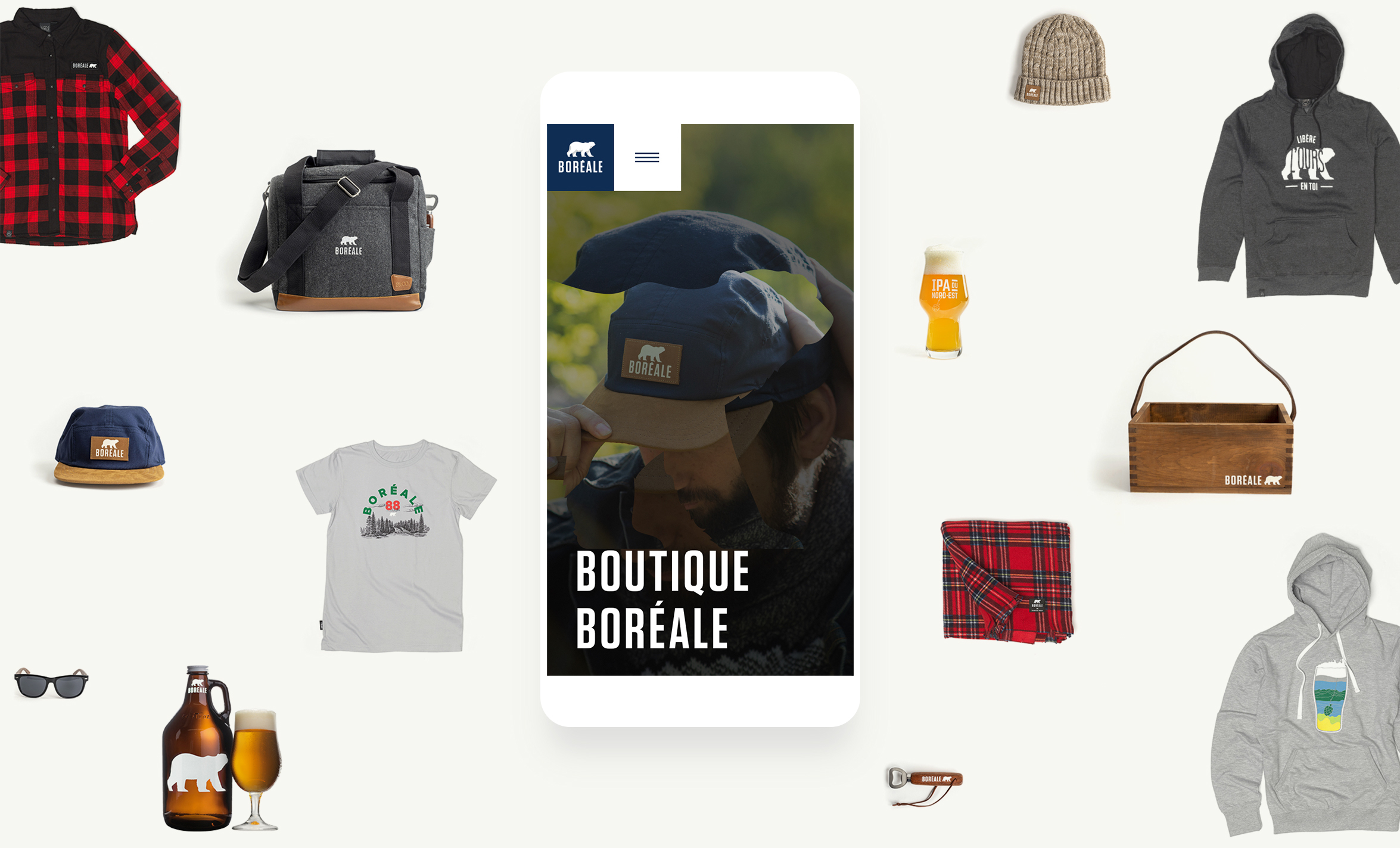 A pioneer in the Quebec craft beer industry, Les Brasseurs du Nord has been innovating for nearly 30 years. Using an artisanal approach, they produce 100% natural beers, including Quebec’s first-ever red. They launched the Classic line, which adds blonde, white and IPA brew to their red offering; the Artisan series, including ISA des chutes and Saison des plages; and the limited-edition Épisode line of beers. 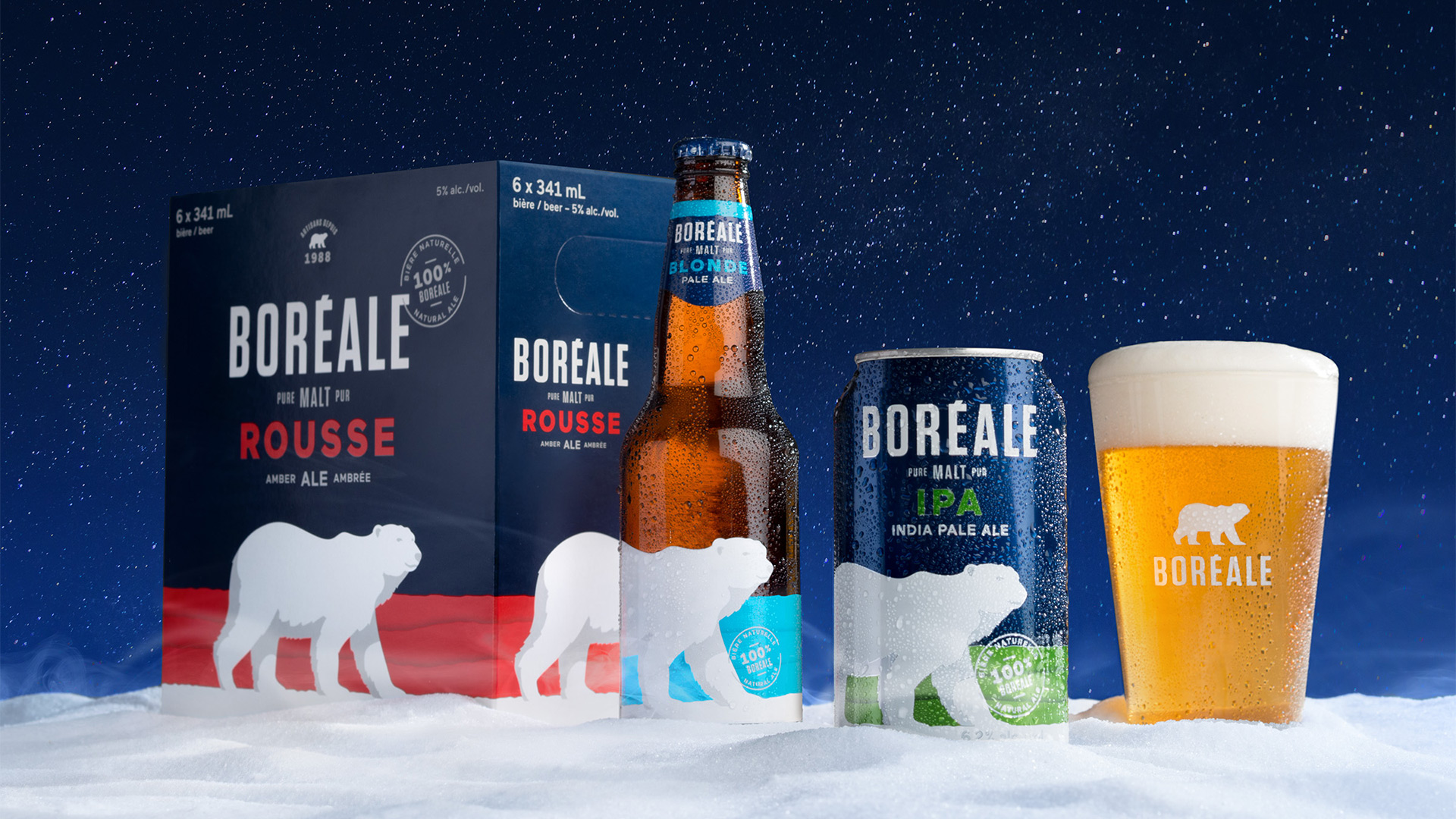 Boréale frees the bear in all of us 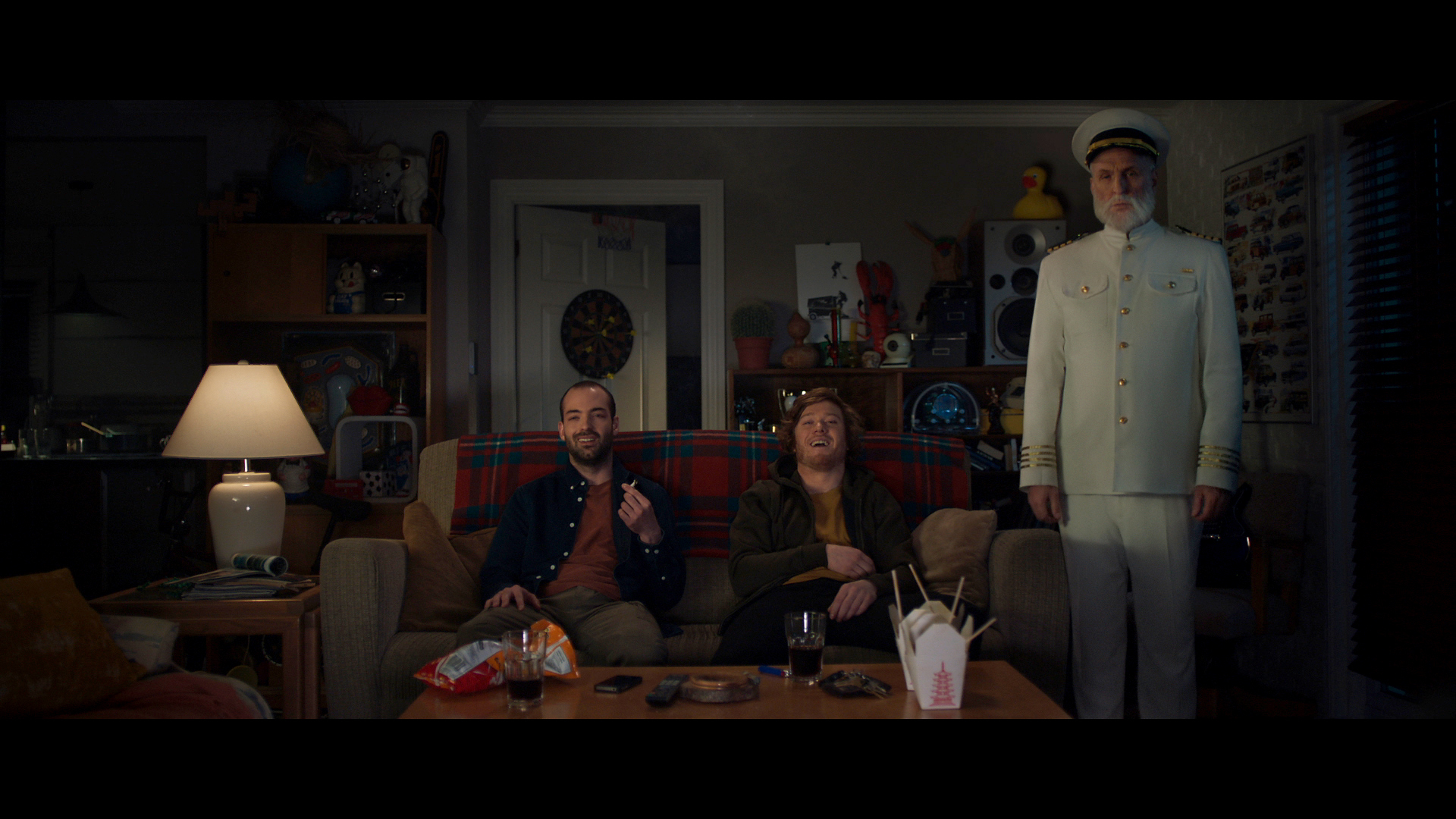